From or About Our Members 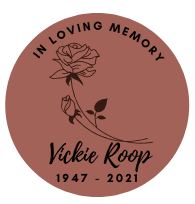 Contact FCRVOFFICE@gmail.com if you have any questions or problems submitting material.

Click on the hyperlink bellow for the type of ‘Camping Today’ submission you’d liked to send.

The Future 🚀 of ‘Camping Today’

After 33 years of service to FCRV DeWayne Johnston tendered his resignation as Editor of “Camping Today”. The last issue he did was the June 2022 issue published June 15th. The Trustees accept DeWayne’s resignation with profound appreciation for his decades of service. The “Camping Today” team will be reviewing their process and output with an eye to the future.

Going forward please send articles through the new ‘Camping Today’ Submission Portal Page. https://fcrv.org/camping-today-submission-forms/.  This is a new method that will allow FCRV to span our news reach better to our website, social media and email blasts, while also allowing a hard copy PDF version each month for readers who enjoy that.  The process is not much different than attaching files to an email but instead uses the website to store and send the content you submit to ALL our staff in real time.

The “CT” team is getting ready to head for Campvention, Rocky Mountain Bliss July 10 -15th in Pueblo, Colorado. We look forward to seeing you there. Not registered? Come anyway we will have a space for you. Getting ready for Campvention travel, the team is taking a break and publishing this brief issue. The team will be back in August with an issue packed full of Campvention fun.

A Word From Our Editor, DeWayne Johnston

In 1989, then President Lyndon Mayer urged  me to take over the editor portion of Camping Today since Editor Dave Higbie needed to spend more time on his successful travel business. I had been doing volunteer publicity for NCHA. As editor I was hired as a contractor for service. Dave and Martha Higbie would stay on as publisher and continue to do the layout and printing and supervise mailing. Copies were printed and mailed at that time. Since then, NCHA/FCRV has had several publishers who took care of layout, printing and mailing for a fee.

I was fortunate to have several mentors who knew the organization inside out. Among them were the Higbies and Noreen Smith,  I was also glad to get to know founder Hank Nathan, National Director Don Plummer,  Office Manager Fran Opella, Layout Person Cathy Williams and many others including the presidents I served under. My wife June was always a great help, too.

My last few years were made a little easier by Vickie Roop who volunteered to take over layout when Camping Today alternated  between print and mail and online issues.  Of course, today, it’s all done on line with Carl Fromholzer and Paul Standiford doing the layout and Pat Wittmeyer taking care of the mailed subscriptions .

My overall goal was to develop sources for interesting and useful articles and to encourage the membership to share what they are doing in the way of camping activities and other community service projects. Covering Campventions, Retiree Rallies, and other special events was also important. Making FCRV look good wasn’t hard since so many chapters, states, and provinces were doing lots of public service such as Conservation Projects, fundraising for charities, and things like bringing Christmas to orphanages and nursing homes. Also, the Connecticut ’Make A Wish’ support and the Winter Texans Veterans Home gift drive were significant. Rallies have always taken up donations for the local food banks and nursing homes, etc. including Ronald McDonald House.

Although I am retiring as editor, I’ll still be around taking a few pictures and may contribute a story or two.  We’ll continue to camp and enjoy the many great friends we have in FCRV.

Personalized garments; drinkware; clings; decals; kitchen & bath items. You can choose from our large graphic collection or use your photos or designs.