The 2013 Miss FCRV Pageant was held Tuesday, July 16th at Campvention in Amana, Iowa.  After  morning interviews and an afternoon of talent, the evening portion of the pageant began with the 13 candidates and escorts entering from the back of the audience, dancing to “Its Gonna be a Good Good  Night.”  And a good night it was. 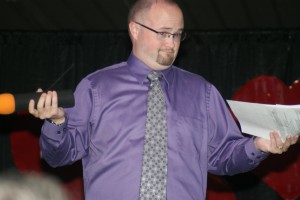 Segment one of the evening pageant was the reading of essays by the candidates on their choice from the topics school uniforms, volunteerism, or cell phones.

While the girls changed into their evening gowns, entertainment was provided by Emily Kurburski who did a Scottish dance, Rebecca Martone who sang “Popular,” Alyssa Robb who clogged to “Devil Went Down to Georgia,” and Faith Rasmussen who sang in Italian.

Appearing in evening gowns, each girl was brought through an archway by her escort and handed a rose by pre-teens Riley Ward and Brianna Duplante.  After all of the girls did their stage walk, they remained on stage for the announcement of the Top Five Talent Performances: Kerri McHale (New York), Abigail Moats (Iowa), Erin Martone (Florida), Brittany Huryn (Michigan),  and Hannah Robb (Kentucky).

While the judges left to deliberate, more entertainment was provided by Kara Cornwell, Miss FCRV 2009, Heather Borton who sang “Part of your World,” and 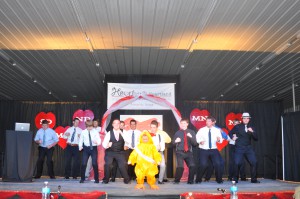 Michigan’s Prince Luke Kurburski who led the escorts in “The Chicken Dance.”

Upon the return of the judges: John Laverty, University of Iowa Admissions Director; Janet Brehm Ziegler, Music Professor; Susan Griffith, University of Iowa Alumni Director; Debbie Bailey, Social Worker; and Amy Ruth McGraw, Teacher; the contestants were brought back on stage and the five finalists were announced.  They were (in no particular order) Erin Martone, Hannah Robb, Abigail Moats, Brittany Huryn, and Kerri McHale.  All girls left the stage with each finalist returning individually and was asked the question, “What’s the most important thing you have learned from being a member of Family Campers & RVers?”  All girls mentioned meeting people from other areas of the country and making new friends. 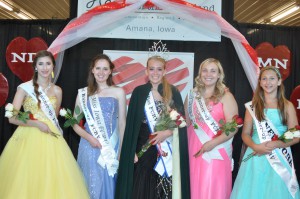 Before the results were announced, Miss FCRV 2012 Alyssa Robb took her final walk while Kara Cornwell read Alyssa’s farewell remarks for her.  Alyssa said she enjoyed her year representing Family Campers & RVers and was grateful to everyone who helped and supported her as Miss FCRV, especially her family.

Once again all of the contestants were brought on stage to audience applause and the five finalists stepped forward.  The anticipation was palpable as the judges’ final results were handed to the Emcee.  Selected as 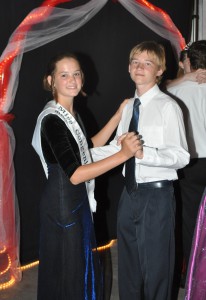 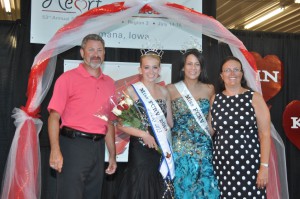 Plans are being made to incorporate a Teen King Contest into the Teen Queen Pageant.